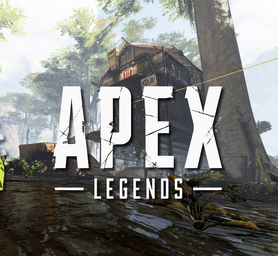 Gamer backlash, it’s something that every developer has experienced at one point or another. That includes Respawn Entertainment, who are the developers behind the Titanfall and Apex Legends franchises. After enabling public matchmaking for a prolonged period with their Battle-Royale game, they’ve switched over to Skill-Based Matchmaking. This was accomplished so that skilled competitors wouldn’t be forced to compete against less-talented opponents. It also creates a more casual setting for the unskilled competitor. There aren’t many that are approving of this new format though, with these more influential players wanting to defeat noobs for YouTube content.

The Principal Coder responded for Respawn Entertainment, Michael Kalas. He mentioned that anybody hoping that public matchmaking will return should prepare for the worst, that skill-based matchmaking will become the norm for shooters across all consoles. This hasn’t stopped gamers from suggesting other variations of the technology that they seem would better suit the needs of Apex Legends. The responses from Respawn Entertainment have continuously been the Dave Bautista “Deal with It” meme. This brief response is considered immature and shows an underlying issue with Respawn Entertainment, who have been resistant to listen to their community of players. It’s proven to be the primary issue associated with Apex Legends.

When the fourth season of the game was released through an update, the details of that update included matchmaking alterations. It was the first public acknowledgement that they’d altered the matchmaking settings, with hackers first locating it through the PC rendition of this video game. The update also notes that Respawn Entertainment will hold their position with the skill-based matchmaking, as it’ll improve the essence of Apex Legends over a prolonged period.

The Senior Systems Designer at Respawn Entertainment, Eric Hewitt, expressed that 80% of the overall community has reacted positively to this game. They’ve cited indisputable evidence that shows retaining this form of matchmaking is in the best interest of those gamers. Considering that those statements were provided on November 24th, a lot of things have changed, and most analysts agree that players want the old system to be reinstated. It should be noted that this form of matchmaking also assists with keeping players active for a prolonged period, as they avoid stronger or weaker competition in the process. We will keep our readers updated if Respawn Entertainment caves and returns to public matchmaking.