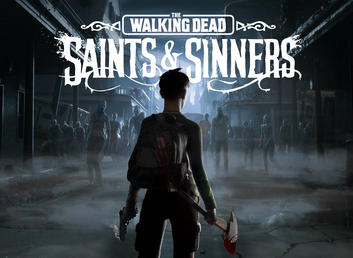 Virtual reality has become the fastest-growing variation of gaming, with thousand purchasing the products required to operate VR titles. Numerous individuals will move over to the platform with “The Walking Dead: Saints & Sinners”, which is the latest title to offer consumers a subversive action-oriented experience. Since virtual reality became popular, there have been numerous games relating to the zombie culture. The most notable being Resident Evil Seven, which put players in a series of houses with unexpected guests. Saints and Sinners is being developed by SkyDance Interactive, the designers behind Archangel VR. When it applies to publish this game to the PlayStation 4, HTC Vive and Steam VR consoles, that’ll be handled by SkyBound Entertainment. This corporation handles the intellectual properties relating to the Walking Dead. They’ve previously assisted with several other video games in this universe, with the majority being developed by Telltale Studios.

It’s evident within ten minutes that SkyDance Interactive spent a substantial period creating a cinematic and immersive experience, which is centred around New Orleans. Locations are flooded, resembling this environment during the Katrina Hurricane. Open-World settings are considerably larger than Resident Evil Seven, providing tense situations for players to explore. The result can be post-traumatic stress syndrome, especially after experiencing these games for prolonged sessions. Don’t be surprised if reports are released regarding gamers having horrendous nightmares.

This will become especially evident when engaging with the catacomb’s environment, which places gamers in condensed areas with increased Walkers. The atmosphere provided to players is unlike anything else created for Virtual reality environments, with graphical capabilities being some of the most extensive to date. SkyDance Interactive created an experience worthy of next-generation consoles, which will make this one of the highest-selling VR titles to date. Official confirmation dates relating to this game hasn’t been provided by SkyDance or SkyBound, with reports indicating a fourth-quarter release date in 2020. This would be right before the holidays.

Players might be surprised with the storyline provided in The Walking Dead: Saints & Sinners. Previous incarnations with virtual reality have focused entirely on the gameplay. Few titles focused on storylines, with this Walking Dead feature being one of the first. Functioning under the simple premise of leaving New Orleans, players meet compelling characters and learn how this apocalypse unfolded in this environment. Storytelling is similar to roleplaying games, with the addition of written letters for personal information relating to the Walking Dead universe. Players can even locate letters that have been written by characters in previous games and comic books. Unfortunately, none of the television cast appears in Saints and Sinners.