Home
/
The Best Kiteboarding Events in the World 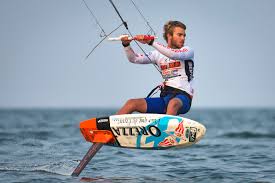 Kiteboarding is one of the most exhilarating water sports in the world where you use a steerable kite, usually 10 to 15 meters in length, to pull yourself across the water on a board. The popular water sport is also referred to as kitesurfing or skyboarding.

The sport can be quite expensive at first, costing you around $2,500 to obtain a kite, board, harness, lines, and a bar. However, the adrenaline rush you receive from it makes it well worth it. Fortunately, you only have to spend this large sum of money in the beginning as the equipment will last you quite a long time before anything needs replacing.

Although the sport is not as popular as snowboarding as of yet, there are several events around the world where you can compete against other kite surfers for prize money. With that in mind, let’s take a look at the best kiteboarding events that you can participate in during 2019.

This is considered the most prestigious event when it comes to kiteboarding each year and winning this event will make you one of the best professional kiteboarders in the world. The event takes place at Cape Hatteras, North Carolina during the month of June each year and competitors are required to redefine what is possible while using kickers and sliders during the event.

Experienced kiteboarders from around the world flock to Key Biscayne, Florida every single year for their annual kitesurfing competition. The event comprises of two events, including freestyle and slalom racing, with several divisions, such as masters, junior, women’s, and men’s, in both categories. Established in 2001, Miami Kiteboarding is the most experienced and professional kiteboarding hub in the region. 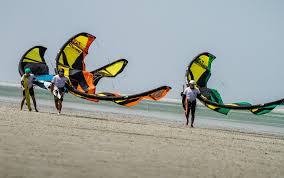 Eighty of the world’s best male kite racers are annually invited to participate in the prestigious Formula Kite World Championships, while women can participate freely in this event. The event usually occurs during the month of September in Weifang Binhai, China and boasts with a staggering $57,000 in prize money for the winner.

The World Kite Tour, previously known as the Virgin Kitesurfing World Championships, forms part of the World Sailing agreement to emphasise that the event will operate an official World Sailing sanctioned kiteboarding tournament to crown the WKT champions. The World Kite Tour usually starts in July and ends in September where the last event takes place in Germany.

The Kite Foil Gold Cup is considered the World Championship series when it comes to IKA Kite Foil Classes. The International Kiteboarding Association organises multiple disciplines, including speed, slalom, wave riding, freestyle, and course racing during the event. The event usually occurs at the Hang Loose Beach in Italy during the month of July and comes with a phenomenal prize pool of $17,000. The event is also broadcasted on several sports channels around the world, making it one of the most popular events that cannot be missed.