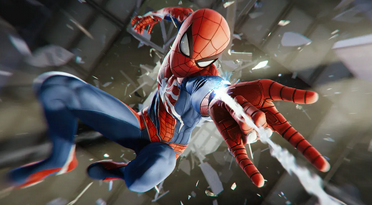 Rumours regarding upcoming games are constant amongst online communities. Some of these can be falsified and other holding truth. It was confirmed by a reliable leaker that the sequel to Marvel’s Spider-Man for the PlayStation 4 will be released by December 2021. The source claims to have inside knowledge from representatives with Insomniac Games. Rumours regarding this Reddit posting indicate that new gameplay features and enhanced story content will be provided. However, individuals should take this set of rumours with little trust until a confirmation is made from Insomniac Games.

Gamers will be reunited with Peter Parker in the same location of Manhattan, with expanded areas located around the city for exploration and storyline purposes. This will include Brooklyn and Queens, with the leaker stating that the sequel will take place during winter. The leaker expressed that the storyline would focus heavily on Oscorp Industries and Norman Osborn, which was hinted at during the original iteration of this franchise. The leaker suggested that there could be the appearance of Iron Man or Black Widow from Marvel’s Avengers, which is being created by Square Enix.

Details regarding this rumour indicate that Peter Parker will remain as the main character of this storyline, with him taking a sidekick in the form of Miles Morales. He’ll play an integral role in the story’s development, with analysts debating that Norman Oscorp will capture the misinformed Miles Morales as the Green Goblin. This would put Peter Parker in the precarious situation of saving the younger African American version of Spider-Man. Fans of the Spider-Man universe have desired to see the return of Norman Osborn since Sam Raimi’s iteration of this character.

This leaker expressed that Insomniac Games is creating a brand new engine for Spider-Man Two, allowing for technological enhancements that will benefit gamers. Considering that this sequel will be released for the PlayStation 5, enhancing the graphical capabilities is required. The leaker noted that the graphics showcased in Spider-Man 2 would be the most compelling seen by 2021. However, there is little evidence to back up these rumours other than this Reddit Leaker previously claiming that Capcom would remake resident Evil 3. The news circulated by this individual are blatant and could be put together by anybody that support video games. Subsequently, these rumours are more connections made in previous games and noticeable enhancements that come with generational changes.