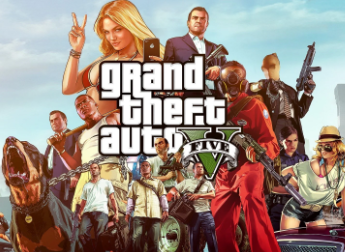 The Sony Corporation released the top-selling games for PlayStation in 2019 on January 10th. It was noted that Grand Theft Auto V and Call of Duty: Modern Warfare were the highest and best-selling games in 2019. This applied to the United States and the European Union. It should be noted that Modern Warfare is a recent game and was critically acclaimed, receiving numerous awards. However, GTA V has been purchasable for several years. Considering that this game released for the PS3/Xbox 360, transferred over to the PS4/Xbox One and then continued to be one of the biggest selling games for the final year in the current generation’s lifecycle is incredible.

The fifth entry in the Grand Theft Auto franchise, it was a substantial leap forward for gamers. The graphical capabilities of this title weren’t ever seen before in an open-world title, with more space than anybody could’ve imagined at the time. It prompted GTA V to receive some of the most fabulous reviews historically. Gamers were provided with a full recreation of the Los Angeles region, which was met with an online mode that allowed for everything from stunt racing to team deathmatches. During the first three days, it was publicly released, Rockstar Games earned $600 million. Over the course of several years, that number would jump to $8 billion. Grand Theft Auto Five stands as the highest-selling entertainment property in existence.

The Call of Duty franchise had been struggling extensively with recent releases, including Black Ops 4 and Advanced Warfare. After continuous declines in revenue, the Activision Corporation demanded a complete overhaul of the COD Series. This prompted Modern Warfare 2019, which sold at a drastically high percentage. After three months, more than $1 billion was earned in profits, which is a testament to the new graphics and gameplay capabilities provided. Graphically speaking, Call of Duty now competes with the Battlefield franchise. This extends to the gameplay aspect as well, forcing a new style of shooting to players. Core fans from the older versions of COD haven’t responded well to Modern Warfare, but more than 200 million returning fans have joined the battle.

When it applies to the European Union, Modern Warfare didn’t succeed in expectations. Grand Theft Auto Five remained as the highest-seller in the European Union, with the second-highest being NBA 2K. This shocked gaming analysts, with Europe’s citizens often negating American sports. It should be noted that all of these titles mentioned cost $90.00 or more. When it applies to the free-to-play games, Apex Legends and Fortnite dominated the PlayStation Store. It’s estimated that both these Battle Royale games maintain 250 million players.